Why Every Surfer Should Have a Fish Surfboard If there is one board every surfer must have in their quiver, it needs to be a fish of some sort. There are so many variations on the fish surfboard though, so you need to look into what you want out of your fish and what will suit your surfing style. For some, it is easier to interchange between different boards on any given surf, so a variety of fish’s might be the go. Others just simply need something to spread out their quiver and give them something fun to ride when the waves are not quite appealing for their standard shorty.

Let’s take a look at some of the variety of fish’s you commonly see out in the water and what they can do for you.

For the most part, there are 3 common elements of a fish design that apply to the majority of the boards you see out there. Short, wide and thick. This gives you plenty of paddle power, planning ability, and keeps you surfing tight in the pocket. These design elements make a fish the perfect board for those smaller, mushy days, as it’ll will allow you to get into weaker waves with ease, and float right through flat sections. However, these boards can be extremely fun and functional in good quality waves and waves of size.

The man behind who brought us all the Fish Surfboard, Mr. Steve Lis and the original concept.

The classic twin keel fish, developed in the mid 70’s as a knee board by Steve Lis. Pintail surfboards where a favorite of his, but his swim fins would hang over the side creating drag. He decided to split the tail, giving him the width needed to support his fins, while still holding on to the performance characteristics of a pintail. This fish proved to be a barrel machine, able to paddle in early, take fairly late drops, hold high and tight in the pocket and was snappy off the top. It wasn’t long until he had refined the design to suit stand up surfers, and the fish design took off.

Only slight refinements have happened to the overall design of the classic twin keel fish, and this style of board is still one of the most popular designs to hit the surf world. Most shapers or brands that offer alternative boards will have a version of the classic fish design available to order. 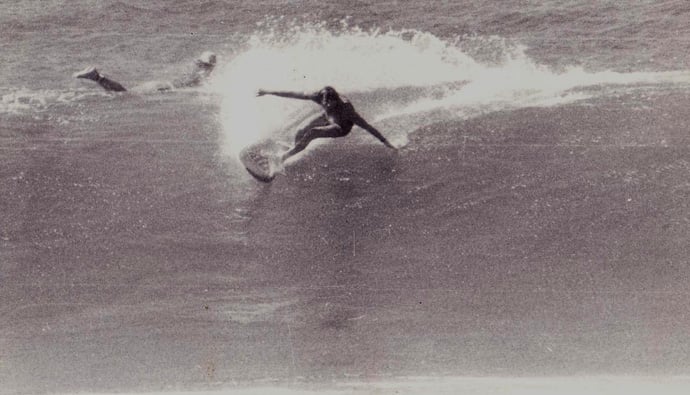 Mark Richards, wings spread and putting his refined version of the fish to work.

This board took him on a contest winning streak and proved itself in waves all over the world including the heavy waters of Hawaii. Nowadays, brand like DHD have their version of the Mark Richards version of the Reno Abellira version of the David Nuuhiwa version of the original Steve Lis design…confusing? Well that is the beauty of surfboard design, versions on versions with refinements on designs, making boards better, or simply different.

DHD Surfboards has their version of the Performance Twin that is an absolute blast, simply dubbed Twin Fin .

The quad fish is a board more closely linked to the classic twin keel as opposed to something like the performance twin, but with the obvious refinement of a quad fin set up amongst other smaller changes like modern rails and bottom contours blended in. This will give your board a little bit more edge in terms of the performance and responsiveness. The Twin Keel is already a fast a loose board, having the quad fin set up with give you a little bit more control when pushing through turns or snapping off the top. Combine that with modern refined rails and bottom contours like a single concave to double, or with a bit of Vee, and you have a true quiver killer that could be surfed in almost anything.

SUPERbrand's SUPERquadrofinia takes it's own twist on the classic design, providing more control and manuverability.

The Spooky Tooth by DMS Surfboards will have you scaring other fish out of the water on smaller days.

Of course, just like any other style of surfboard out there, there are variations on both old and new designs. The Fish is no exception. Whether going shorter, wider and rounder for smaller days, or stretching your fish out into something designed to handle the juice, there are plenty of variations out there.

Even playing around with different bottom contours and rails can tweak a fun design into something completely different. The great thing is that the fish surfboard is so versatile depending on what you do the design. They can be dedicated small wave grovelers, they can be bigger wave semi fish guns, or they can harness the attributes of both and be perfect all-rounders. The dangerous thing with the fish surfboard is that you can easily forget about many of your other boards. They can be surfed in pretty much all conditions, and unless you simply need another “feel” from a different style of board, these fish’s can easily be a go to board for everyday good or bad. 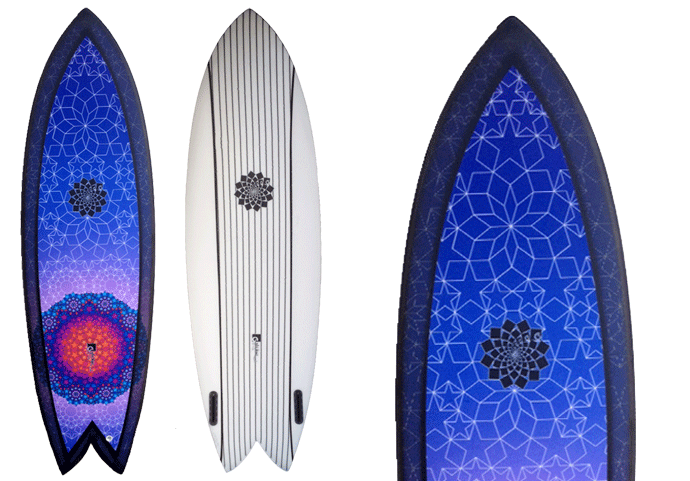 One thing for certain, every surfer no matter if you are more drawn to logging or pulled towards high performance shortboards, needs at least one fish in their quiver. For those of you who don’t have one, you are missing out…get out there and order one pronto!

Have a different question?