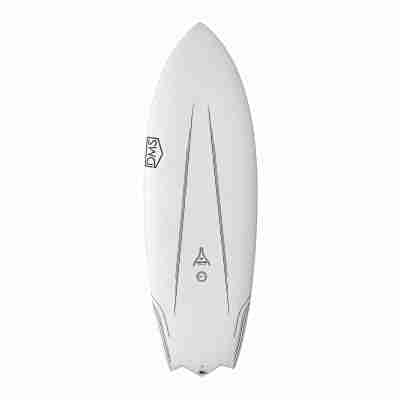 Browse all Gherkin Surfboard reviews completed by the global Boardcave community. Gather unique surfboard model insights and feedback, while learning more about the DMS Gherkin. Watch and read Gherkin reviews from surfers with the same rider profile as you, filter results to a similar, weight, ability, fitness and volume to help you compare and buy your next board. Our unbiased reviews are used by shapers, surfers and the global surfing community to learn, advance and refine all round surfboard design.

Loooove this board.. bought it as a 1-3ft groveller and it does the job really well. I had a machado seaside before this and have preferred the shorter rail line and shape of the DMS Gherkin. Goes backside really good. Paddles unreal. i have taken it out only a few times mostly in the shi**iest onshore slop and i've had a great time every surf. But i did rock up to a point break when it was well overhead and decided to take it for a test run, the waves were fat that day so there werent steep drops but the waves had some power. The first wave i got took off so fast the board went out from under me almost immediately, the things a speed machine.. the next wave i got really low on the board and it went awesome, i sprayed water all over the place i spent 2 hours competing with longboards for waves, sure they got more waves but i had more fun.. Playing around with some fin selections i had the machado quads and they went pretty good!

I bought a custom carbon wrap and have had it for 2 months. This is my 4th DMS. The construction is bloody amazing and the thing goes like a rocket. Usually these stumpy little numbers are funky on your backhand but not with the gherkin, it’s been sick. Great 1-3 foot groveller. Definitely recommend a gherkin in your hamburger quiver. Scotty

6 items
Show
per page
Back