Fu Wax is a popular surf wax that originates in Brazil and is the favourite of many pro surfers around the world. Winner of Stab's Best Surf Wax, Fu Wax has incredible tackiness thanks to it's special formula that has been refined over multiple decades. The production mishap that eventually exposed this unique formula occurred at the last minute since Fu was facing bankruptcy. Today, this is now the most hyped surf wax around and praised by many pros.

Get your Fu Wax now to see what all the hype is about!

For some tips on applying surf wax or deciding which is best for you, check out our Ultimate Guide to Waxing Your Surfboard.

It all started around 1966, the brothers Fuad, Wady and Elias Mansur, living in Brazil the California dream, "lay back style", was the law of laziness, inertia, the least effort and a clear conscience. The idol surfers were Phil Eduards and Paul Strauch Jr.

At that time, in Brazil there were no surfing items, nor specialty stores, and everyone who surfed in the 60s in the country, made their own paraffins, which slipped a lot and it was very unsafe to surf. One day the young surfer Fuad Mansur received information from a chemist to use a certain type of material in the manufacture of paraffin. fact that worked, the year was 1970, and the first usable Fu Waxes were launched. 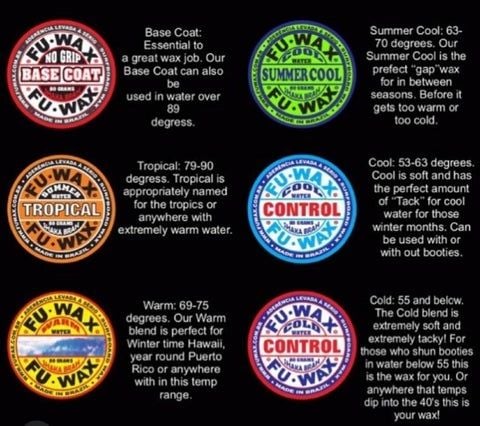